Untitled Goose Game, Gris and Blair Witch came out on PS4 over the last few months. Could an admin kindly update the platforms for these three entries?

It's a lovely morning in the village and you are a horrible goose.

GRIS is an experience free of danger, frustration or death. Players will explore a meticulous designed world brought to life with delicate art, detailed animation, and an elegant original score. Through the game light puzzles, platforming sequences,...

Inspired by the cinematic lore of Blair Witch, experience a new story-driven psychological horror game that studies your reactions to fear and stress.

Thank you. Updated to reflect PS4 as a platform.

Spotted one more. Subnautica also came out on the PS4.

Descend into the depths of an alien underwater world filled with wonder and peril. Craft equipment, pilot submarines and out-smart wildlife to explore lush coral reefs, volcanoes, cave systems, and more - all while trying to survive.

Fixed. I looked on GiantBomb itself and it does list PS4 as a platform. No idea why it doesn’t get automatically added here.

We have that game flagged as to ignore Giant Bomb’s data. It gets set that way if we change anything that isn’t the box art, it automatically gets set to ignore Giant Bomb. That way our changes don’t get overwritten. I’ve had it on my list to make it more granular than that, but I haven’t gotten to it.

I can’t remember may have unflagged it myself after editing out of spite.

Streets of Rage 4 is an upcoming side-scrolling beat 'em up video game being developed by Lizardcube and Guard Crush Games and published by DotEmu in association with Sega.

Release Date should be April 30, 2020
Platforms should be PC, PS4, Xbox One and Switch.

IDK if this is the place to mention it, but the new Sakura Wars game for whatever reason doesn’t have a cover image. (Still waiting for my copy to arrive… but really excited for it.)

Last of us part 2 entry needs some changes

The Last of Us Part II is an upcoming action-adventure game developed by Naughty Dog and published by Sony Interactive Entertainment for the PlayStation 4. The game is a sequel to 2013's The Last of Us and is set five years after the events of the...

and the official cover art is

I also need to figure out how to take edits from users!

How about the edits being saved as “suggestions”, and showing up on a list that’s viewable to editors (similar to new entries awaiting curator approval)?

Both The Eternal Castle Remastered and Superhot got Switch releases so their platforms should be updated to include those releases:

SUPERHOT is the first person shooter where time moves only when you move. No regenerating health bars. No conveniently placed ammo drops. It's just you, outnumbered and outgunned, grabbing the weapons of fallen enemies to shoot, slice, and maneuver...

Switch added to Superhot. It looks like it was already listed as a platform for Eternal Castle.

still, I’ve come across some other games missing platforms, one of those being a Blade Runner game, which is at least coming to Switch, and four visual novels getting releases on consoles as seen here:

A point and click adventure game released in 1997. Players control rookie Blade Runner, Ray McCoy, in a story which runs parallel to that of the film of the same name.

Ratalakia Games has announced a plethora of new visual novels for Switch. Angels with Scaly Wings, Blind Men, Jisei: The First Case HD, Long Live the Queen, and A Summer with the Shiba Inu are all expected to release throughout 2020. Below are brief...

then there’s Shadow Man, which is getting a remastered release on modern platforms, but I don’t know if that warrants a new page for the remaster alone or if the new platforms should be added to the already existing page (considering Luigi’s Mansion 3DS didn’t get it’s own page, for example):

Shadow Man is loosely based on the Shadowman comic book series published by Valiant Comics.

and finally, I was wondering if it was too early or not for the new Pokemon Snap game to get it’s own page.

I was wondering if it was too early or not for the new Pokemon Snap game to get it’s own page.

I can answer this part real quick.

It didn’t have an alias in the database, so if you didn’t put an accent over the e in Pokemon, you wouldn’t find it. I added the alias so it will be found easier.

I’ll look at the other stuff here soon.

Requesting another Edit, this time for 13 Sentinels 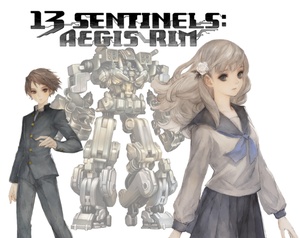 Sci-fi themed game developed by Vanillaware for the PlayStation 4.

This is the official cover art:

I changed it. I’ll probably take a look at it again in the near future since I found better versions of it with good dimensions. Just to make everything look nice on the site and fit with the rest of the box arts I updated.

Many thanks. I’ll try to find better resolution images next time I suggest edits.

A visual novel from paleontology.

I’ve come across a missing platform too. This visual novel has received a Switch release.