Plague of Shadows Is DLC 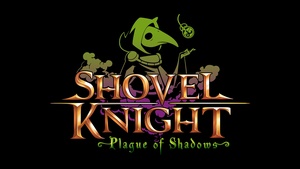 Prime your potions and become the maniacal alchemist Plague Knight in his adventure to brew the ultimate potion! Combine bomb parts to create custom combinations, discover new items, areas and bosses, and maybe even discover a bubbling romance.

Shouldn’t this be DLC for Shovel Knight?

Also missing Wii U, which I’m trying to add my playthrough for.

All of the Shovel Knight games were separated off into standalone games, and the original release that received the additional games as DLC was rebranded as Shovel Knight: Treasure Trove. This happened around the time is Spector of Torment, and anyone who bought the game after that could buy them individually or bundled as Treasure Trove.

I’ve added Wii U, along with a few other missing platforms, to Plague Knight.

Okay, that makes sense. Yacht Club has been a little weird with how they’ve handled the games, eh?

Thanks for adding the Wii U version.